Wow! It’s really been a long time since Ive been here! I guess thats probably because I haven’t even had the time to think. The problem that afflicts a thousand million out there in the world afflicts me too…Im bombarded with information left, right and center, everyday of every week of every waking moment. How does one even find the time to think for themselves, reflect and actually find that they have something to say to put out for the world to see. Thats another problem I face. I dont think I like the scrutiny or knowing that strangers are reading my thoughts as I put them out. But thats what a blog really is about isn’t it? Im surprised so many people out there have so much to contribute to the world; people have so much to say, so many opinions and thoughts that they think they need to put out!

My thoughts, I just prefer keeping them to myself. No judgment. No scrutiny. No being told that Im wrong. No arguments.

Ok ok okok Ill throw in a quote to lighten up the mood okkk??? Here: 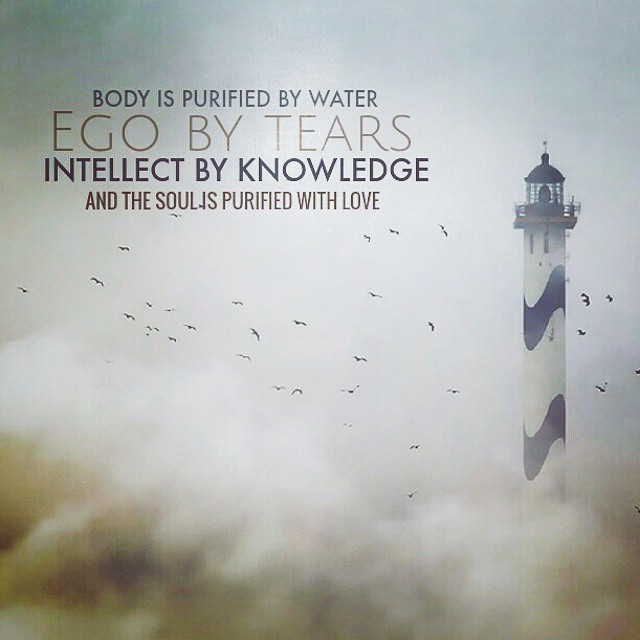 Ok not too funny a quote but lets move on shall we?

In the time since Ive disappeared, my reading has slowed down. I find myself turning into a couch potato as I sit in front of my computer gorging on one tv show after another, becoming jaded and incapable of having any original thoughts. I dont think we realize what a loss this overindulgence in tv is costing us. Which is why, Im cutting down frantically on the amount of tv and the keeping a stronger check on quality of shows that I watch. I still cant tolerate a minute in the silence though; it scares me. I dont like being alone with myself. I guess left to my own devices, my brain goes into over-drive and I think a lot more than I should and that is a path straight to depression. A road I am not willing to go down ever again.

All of this and more, and I’ve lot control of my conscience. I know most people don’t care either way but I like to keep a check on it. It’s important to me that I remain a good person in my own eyes. It doesn’t matter what anyone thinks about me. I am the most important person to me and I need to know that I’m not an asshole. But I have become one. And am on the way to becoming a bigger asshole than before. But at least, I am capable of keeping an eye on myself. Maybe through this blog I can curb this need to think immorally, unethically and selfishly. Here’s hoping!

So this is what I’ve been doing with my life while I have been away. Don’t get me wrong..most of this time I’ve still been living in my dream-world.. just been also living in a pseudo-reality.

I’m in love with Calvin these days. This 6 year old, with an imagination to challenge that of the most forward-thinking-dreamers of the world, sometimes says things that you would not be surprised to hear from the mouths of the most mature and wise humans in this world. I love him. I wish Bill Watterson never stopped drawing him. He is a global treasure. The very idea that a 6 year old with an imaginary friend is able to comprehend universal truths bigger than himself, is something humbling. 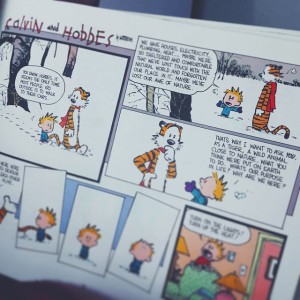 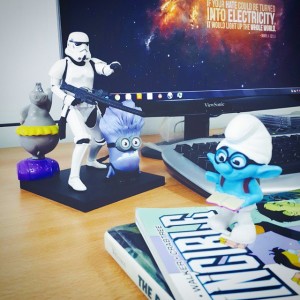 Im not much of a toy person really..or a dress-my-workspace-up-so-it-feels-homely sort of a person but when I inherit toys I dont really mind haha. That is of course until recently, when our creative director lost it and told us explicitly that we need to dress up our work station or we would receive a swift kick in the butt. So yes. I printed out all my favorite things in the world and stuck them all over my side of the soft board. If you want to see a close-up, you’re going to have to ask me. This is my workspace on the top right. Between work, tv, eating, sleeping and exercising, I’m not getting much done. Im living in a cocoon of my own making. In my mind. Most of the time I dont mind (but I have to change that). Also another workspace shot at the bottom left and a customary cat shot on the bottom right:

Im signing off now. Hopefully Ill be passing by here more often from now on! Cheers! Have a happy day!